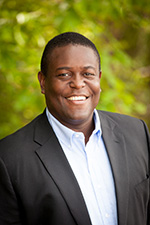 Richard Davis is an innovator and business professional who has invented and launched several novel medical device products while creating the supporting business infrastructure. Leveraging over 20 years of medical device experience during which he strategically innovated and managed intellectual property. As a business leader he has established clinical and marketing pathways, quality systems, supplier networks, and operations to foster rapid development of new products.

Prior to joining Tryton, Richard held positions at Cordis, a Johnson & Johnson company, and was one of the co-founders of OrbusNeich. While at Cordis he let a team of specialists from clinical research, regulatory affairs, product development and manufacturing for the development of novel coronary and peripheral stents.

In addition, during his tenure there he was responsible for transferring technology from plants in New Jersey and Miami to the Netherlands. During his eight years at OrbusNeich, Richard was instrumental to all aspects of the company’s development. He founded and directed the company’s European operations, including the design and formation of manufacturing facilities, sales and marketing, regulatory affairs, and clinical research groups.

Richard holds an M.S. in Mechanical Engineering from the Florida International University. Richard is co-author on numerous peer-reviewed publications in the field of coronary intervention and holds over 10 patents in the area of intravascular medical devices.